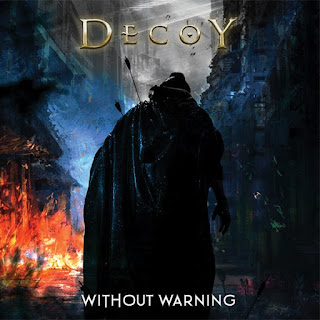 Decoy is a Swedish-Danish collaboration between two melodic rock veterans. Guitarist Torben Enevoldsen, who helped make Jerome Mazza a household name on the first Pinnacle Point album. And singer Peter Sundell from the band C.O.P. and formerly of Grand Illusion. This new collection of songs also features Pete Steincke on bass and Acacia Avenue's Dennis Hansen on drums. The music on this album really falls into the 80's progressive metal category. There are bits and pieces of bands like TNT and Judas Priest. Sundell's vocal range is fairly impressive. Enevoldsen's guitar work is a cross between Joe Satriani and Tony Hernando. Torben is both melodic and fast which makes this music speed along like a freight train. The album features 11 above average offerings. Decoy is not a pop band, they are a progressive band more than anything else.

"Broken Pride" is a muscular leadoff track with some radio tuning sound effects at the outset. The vocals are double tracked and really fill the speakers. It's a big and somewhat repetitive formula. But for fans of the genre, this is a well produced rock album that will require multiple listens to really get the brunt of it. Dennis Hansen is a force on drums. His work has to keep pace with this material, which doesn't slow down. "In And Out Of Love" and "Fire's Gone" lean a bit to the AOR-hard rock sound but still feel somewhat mystical and progressive. Decoy might be more like TNT than anything else but the guitar work elevates it to something less predictable.

Other standout tracks include "Never Easy", which slows things down slightly, "Reach Out", with it's smoldering guitar licks and the all out blitz of "Without Warning". I also liked the chord progressions in "We Live, We Learn". This record is a very respectable under-the-radar entry into the world of melodic rock. The musicians and their love for this genre is the driving force behind "Without Warning". 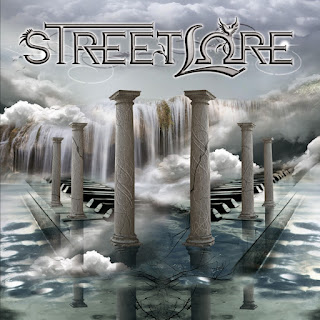